On October 29th and November 30th, ZOE Japan will have the unique opportunity as JNATIP members to meet directly with various government officials to discuss policy reforms and various anti-trafficking initiatives.

There are several topics on the agenda to be discussed with different government departments; and all of them are very important for the purpose of protecting children and people in vulnerable positions.

However, according to the book Pedophilia Disorder – It Is Not Love written by Akiyoshi Saito, a psychiatric social worker and the Director of a rehabilitation clinic for people with various forms of addiction, the majority of patients who have been charged with a crime and being treated for pedophilia at his clinic had the regular habit of watching or looking at child sexual abuse material multiple times a day. This indicates that the contents were not keeping them from committing a crime, but the material might be increasing their desire to abuse a real child instead of providing an outlet.

The real concern is not whether the child is real or not, but instead the intention of the material to sexualize children, potentially leading to more abusers and victims in our communities. We need to make every effort to eliminate content that could place children at risk.

We are hopeful for an open discussion with the government representatives that will lead to Â  tangible action points to modify the law to protect children from being sexualized or objectified in any form.

The second topic that we will address is the age of sexual consent.â€ During the Meiji era (1880s), the age of consent was set at 13 years old, and remains valid until this day. This has been a hindering issue when identifying human trafficking cases and punishing child traffickers. When a 13-year-old child has the legal authority to consent to sexual activities, it creates a huge challenge to provide evidence of exploitation, with abusers simply claiming that that child consented and receiving very light penalties if convicted.

For example, if an abuser connects with a minor through a social media platform and they develop a “romantic relationship,” often, it turns into a sexually abusive relationship which can also be filmed, photographed, and uploaded online. In addition, there are cases in which accommodation and food are provided to runaway children, and sexual activity is required in return. Such cases clearly fit the definition of human trafficking, but if the victim fails to legally prove that it was clearly nonconsensual by use of means of threat or violence, this often leads to very light sentences for perpetrators (if convicted) and a high rate of repeat offenses.

This age of consent not only fails to deter crime and exploitation but also provides legal advantages to traffickers and abusers.

In the upcoming meetings, we will have the opportunity to discuss the possibility of raising the age of consent to 16 to protect young people from sexual crimes at a fundamental level and to punish child sex offenders.

As we are taking these bold steps to be a voice for the voiceless children of Japan, please pray that we will experience God’s favor at the meetings, and that the decisions made will reflect His perfect will for Japan! 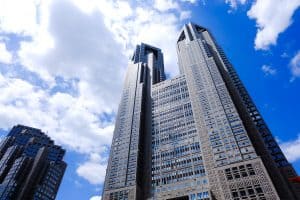