A Day in the Life of ZOE Child Rescue

Our Child Rescue team is amazing. This team works 100 miles an hour and then some.

The Power of a Shoe

“Never underestimate the power of a shoe.”
– Giuseppe Zanotti

In the midst of our ZOE children receiving the love, care, attention, and counseling they need, giving of themselves in service brings about a special kind of healing in their hearts.

We tend to think that NEED = inability to give. But isn’t it in giving when we receive true healing in our hearts?

“Whoever brings blessing will be enriched,
and one who waters will himself be watered.”
Psalm 11:25

The teachers and students at ZOE Learning Center go out once a week to serve the surrounding community. Sometimes it’s doing chores and cleaning for the sick/disabled. Sometimes it’s just spending time with a lonely elderly woman. Whatever the activity is, it opens the door for the students to give. In the midst of their own needs, they can look up and see the needs of those around them.

Last month, teachers and students went to visit Grandma Bua, a 90-year-old Alzheimer’s patient, who’s hard of hearing. The students enthusiastically sang songs and prayed over grandma, bringing joy to her elderly bones. It’s easy to see that these moments fill our children with joy.

Sometimes the greatest joy we receive is bringing joy to others. 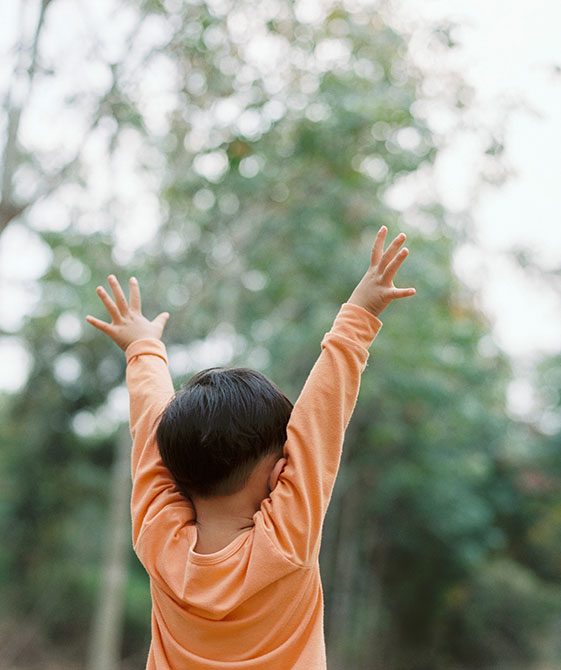 It has been weeks since we have said “Goodbye,” to Thailand; but everyday I am reminded of my experience there.

The night starts off by going to an area in the outer parts of Tokyo called Machida. We target specific areas in Machida known for the sex business.

ZOE Thailand continues to partner with Children’s Hunger Fund to bring food and support to communities in different parts of Thailand.  Recently on a trip to Isaan, Thailand, which sits southeast of Chiang Mai, our team was able to distribute 800 boxes of food and met with and encouraged the pastors in this area.

One of our team shares that the most meaningful part of the trip is being able to listen to the testimonies of the pastors who are using these food boxes.

We hear story after story of how the boxes are not only providing food for families but that through this they are able to build relationships of trust.  This then leads to many conversations about faith and God. People are becoming believers because of the gospel and because they see God’s love and mercy in action through receiving these food boxes.

In Ubon, one pastor had the idea to do a community outreach football (soccer) event.  Many people were able to hear about Jesus and one family came to faith and is now attending his church. 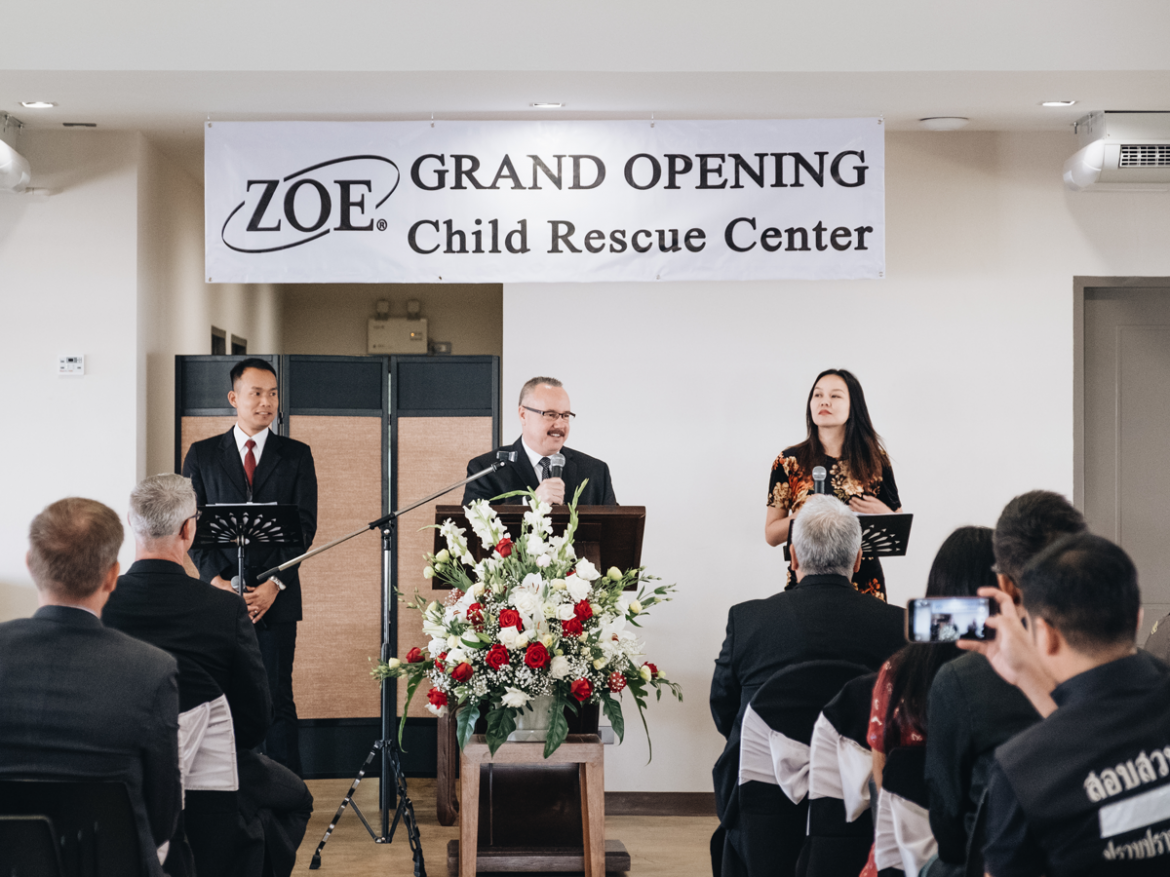 Do you remember your first week at college, a new school OR at a new job?

Many of us can change a light bulb, install a new outlet cover OR even install a new light fixture. But when it comes to the wiring behind that electrical panel, there is that fear in the back of our minds that if we mess up there is a good chance we will have a shocking experience!

Ready for the Rain

In this season, it is 100-plus degrees almost daily, and the reservoir we pass each day on our way to ZOE is at the lowest we have ever seen it. 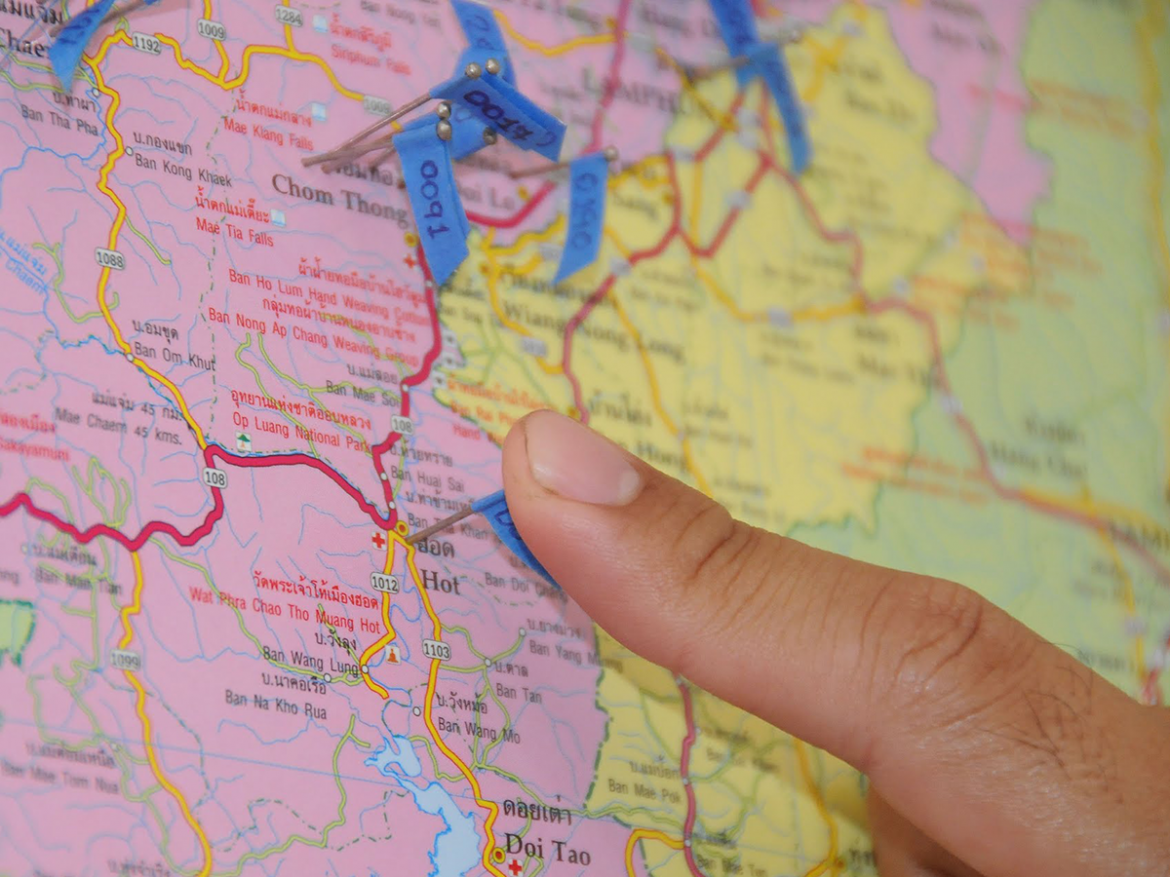 Don’t we all have fond memories of our summer break jobs? Working as a lifeguard at the community pool or helping an uncle install carpeting; we all have a special place in our heart for our first “real” job. This summer (summer break in this part of the world is mid-March to mid-May), eight of our vocational training students got to share in this milestone and memorable coming-of-age experience…

One teenage girl is serving delicious and healthy dishes at a popular farm-to-table restaurant. At the interview, she shyly described her previous experience as a hospitality intern two years ago through our vocational training program, and upon hearing the name of the reputable hotel she was hired on the spot!

One teenage boy is using his construction skills to make building improvements. Just a month prior, he saw a team of workers installing rain gutters on our campus and took the initiative to ask if he could approach and join them. Now, he travels daily with his crew to job sites around the city and has the callouses to prove it!

Six teenage girls are learning first-hand the behind-the-scenes operations of a large resort and conference center. From food preparation and beverage service to front office greeting and housekeeping, they are paired up with experienced staff who are guiding them through rotations in a four-week internship. One week down and three to go!!

Please keep these youth in your prayers. I can’t tell if they love their jobs or hate them, but hey, that’s all part of the experience, too, right?! 🙂

The Mountain Before Us

I stood in the dark looking for the peak of Doi Inthanon, Thailand’s highest mountain. The 30-mile race to the top was about to start and 7,000 cyclists straddled their bikes, crowded together at the starting line. We all shared the same unspoken knowledge that the next few hours were gonna hurt. “What am I doing here?” I asked myself. I was about to cycle up an 8,000-foot mountain that punishes anyone wanting to reach its heights.  Some cars can’t make this climb.

This predawn experience reminded me of my first few weeks in Thailand when I asked myself that same question, ”What am I doing here?” Almost 5 years ago I had left people I loved and a career that was a great fit for me to come to Thailand to fight child trafficking with ZOE. We knew that God was calling us here, no doubt about it. But upon arrival when it came time to create goals to find children, I had a vision of a huge mountain in front of me. The mountain represented child trafficking and the hold the enemy had on enslaved children. I was daunted and fear began to fill my heart. I was called here to use what I had learned the previous 20 years to lead a team to help rescue enslaved children. Now when it was time to lock and load, I wasn’t sure where to begin. As I studied the mountain, I could hear the enemy laughing at me.

The next few months were the most difficult of my life. Not because that was God’s design but because it took me awhile to learn to be yoked with the Great Rescuer who was leading me in this fight. You see, I thought the abilities that had served me well in the past were the key to fighting child trafficking in Thailand. Nope. Instead, I learned that the key to climbing the mountain of child trafficking was first sitting at the feet of Jesus.  His presence emboldened my identity in Him, filling me with courage, inspiring me to serve, as I claimed the gift of joy of a life in the service of the King. As I learned to sit at His feet, the wisdom He gave began to bridge gaps, build relationships, create structure, and ultimately build teams that rescue children. And without me even realizing it, we began to climb the mountain.

This memory of my first few months in Thailand filled me with courage as the race started. The nervousness turned into determination and I slowly began to cycle up the mountain, one crank at a time. Five hours later I stood at the top of Doi Inthanon looking over Thailand’s beautiful jungles and thanking God for the journey. Not just the journey of the past five hours but the past five years. This journey was rugged, untamed, and difficult but most of all: amazingly beautiful, just like the jungle I was looking over. In this journey, I’ve been privileged to have had a front row seat watching the Great Rescuer fight for His children with a passionate love that is unstoppable. And after the rescue of children, watching the fearless Rescuer become the compassionate loving Redeemer who heals and restores. I wouldn’t trade this climb for anything.

As my time in Thailand comes to an end and I travel home to the East Coast, I’m excited to see what God has planned for ZOE. Most importantly, I am reminded of a lesson learned that all of us in this fight for the freedom of children need to remember: To conquer the mountain of child trafficking, we must start at the feet of Jesus.

Do you have memories from your childhood of playing in the mud?