In Australia, it is estimated that for every victim of modern slavery who is detected, four victims go undetected.  In addition to this, the number of cases involving children reported is low when compared to other countries.

In Australia, child abuse and the spread of child abuse material is on the rise as more Australians access the dark web with Police reporting ‘a disturbing increase in Australians downloading and sharing illegal images (or children) during the coronavirus lockdown period.’

ZOE Australia is expanding our awareness and education in 2022 with plans to increase our school and community prevention programs.  ZOE Australia needs more staff to join us, so that we can work holistically to increase understanding of the problem of child trafficking in Australia. We know that as we enhance our prevention work, there will be an increase of victims identified and this will enable ZOE to provide restorative support services for children and their families in the future.

ZOE Foundation Australia (ZFA) was established in 2011 and is part of the global movement of ZOE International. Last year ZOE Australia celebrated its ten-year anniversary. It was not possible to do an event due to the restrictions from Covid. The team chose to send out a candle as a symbol. The inscription on the candle read:

You have brought light into some of the darkest places imaginable and we want to take a moment to show you our gratitude for your support over the past 10 years.

As you light this candle, let it remind you what you have been a part of.

You have helped to prevent, rescue and restore children’s lives. And for that, we say thank you. 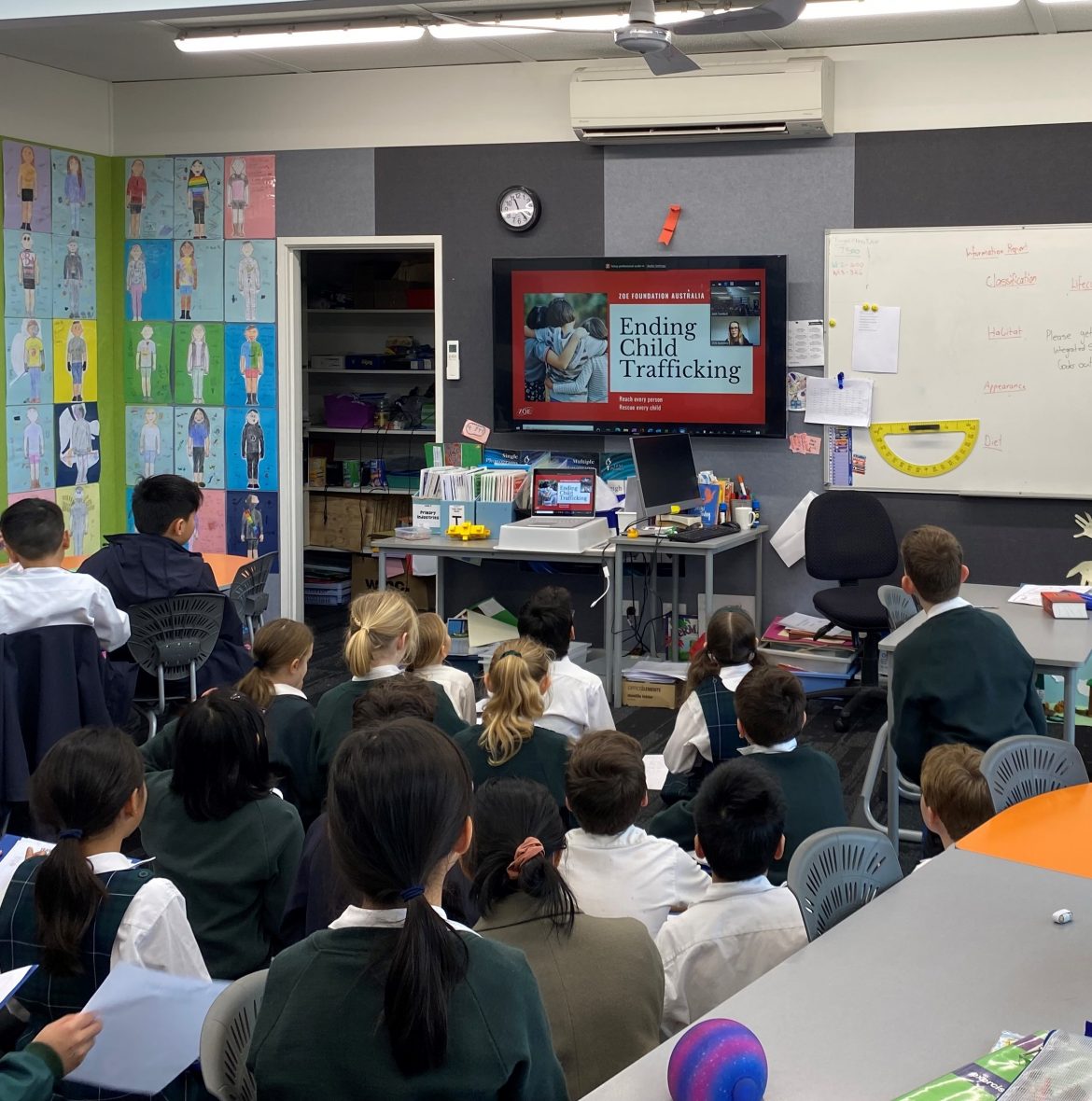 ZOE Australia has been working hard to communicate that awareness, education, and support make a difference in seeing children rescued, loved, restored, and healed!

“Our Pathways to Preventing Child Trafficking course equips Australians to respond to modern-day slavery spiritually, intellectually, emotionally, and pragmatically,” said David Cross, ZOE Australia Director. “We have nearly 60 students currently enrolled in the online course. We believe that our toolkits help bring awareness to various industries and social-action groups. For faith-based communities we have prayer-based guides which focus on God’s heart for the fatherless. By using ZOE’s curriculums, toolkits, and guides, individuals, groups, and whole communities better understand the problem of human trafficking and work to change their actions towards others – whether directly or indirectly.” ZOE Australia

The Fight In Australia

ZOE’s work in Australia to prevent, educate, and bring awareness to trafficking continues. Although the corona virus has affected the movement of our team, and restricted school, church, and small group visits, each staff member is working from home, staying in contact with each other via video calls, and collaborating on projects in preparation for the future. 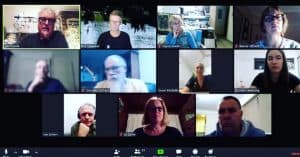 Brett Gottle, our Development and Advocacy Coordinator, has been finding ways to connect with small groups online to pray, or bring awareness about, issues related to child exploitation both in Australia and overseas.

One of his highlights from last week was a ZOOM meeting with one of Petersham AOG’s connect groups. Let’s hear why!

There were a number of reasons why. First, I was able to share ZOE and my personal experiences of rescue, restoration, and prevention. There was a deeply moving moment when I shared the time when a little bunch of rescued children gathered around me to pray at one of our regular ZOE Prayer nights. I mentioned how for the first time I’d experienced the wholeness, the courage, and the trust of children who had been rescued and restored from serious abuse – this experience changed my life forever. Second, I talked about how I joined in with an American Police team to gain intel on a trafficker and how that information was then passed onto the Thai Police. Significantly, I was able to share how the relationship between ZOE, the Thai Police, and Thai Government is deeply respected and crucial for the process of rescue and restoration of children in Thailand. Not only that, this deeply trusted relationship resulted in the recent arrest of an identified trafficker and the rescue of a number of children.  We praised God for this wonderful relationship. And last, a significant highlight was being able to reveal that the exploitation of children is a very real Australian problem to solve and prevent.  With the self-isolating effects of the Covid-19, many Australians are being encouraged into pornography. Australians are currently spending 1.3 million dollars a year live-streaming children being raped and sexually exploited. Likewise, I shared how I am gaining an unquenchable sense that bringing awareness to Australains, stimulating prevention here in Australia, and activating rescue of Australians from pornography is a vision that’s being powerfully awakened within me. As it was with the group I met with from Petersham AOG, Australians are significantly unaware of our problems to solve and prevent. Through our ZOE family, I want to change this! Jesus is on the move and wants us to â€˜set my people free both ‘here’ and ‘there’.

Brett is regularly meeting up with Australians to pray for ZOE’s work (as shown in the picture). We believe that God is breaking into dark places with a rescue plan – a plan to bring light, exposure, restoration, protection, and to release victory over darkness!

If you would like to join in and pray, please email Brett at brett@gozoe.org.au

Newspaper headings like this one are alarming. In the past, slavery and trafficking offenses occurring in Australia were under-reported, but the Australian Federal Police (AFP) has recently seen a rise in referrals. According to the AFP, Australia is primarily a destination country for people trafficked from Asia, particularly Thailand, Korea, the Philippines, and Malaysia.

While the exact figures vary, research has shown Australian men to be among the largest contributors to sex tourism in southeast Asia, with cities such as Pattaya becoming a “home away from home” for an increasing number of Australian retirees.

More recently, reports show that Australian perpetrators have been involved in grooming children online, usually in developing countries. The Australian Federal Police is concerned that the demand for child abuse material is increasing across the country.

“Of particular concern is the rise in instances and rates of child exploitation overseas with Australians involved” (spokesman for the AFP).

And even more recently it was reported that, “The United States, Britain and Australia are the main consumers of child sex abuse streamed over webcam” (spokesperson from the AFP).

Our education in schools is reaching more and more young people. We are in the process of writing another trafficking curriculum unit for Australian schools this year. In September 2019, ZOE Australia released their updated version of the Year 10 Geographies of Human Wellbeing curriculum. This is a free unit of work that examines the different concepts and measures of human wellbeing, and the causes of global differences in these measures between countries.

Please email Sharon at info@goZOE.org.au if your school would like a copy.

Do you know what to do?

If you do suspect a case of trafficking or you see someone in danger please use the following country numbers to notify authorities:

ZOE International, has been combating human trafficking since 2002. ZOE is active in Thailand, Japan, Australia, Mexico, and the United States.

If you are visiting this page from outside the USA, click on your country to return to the website in Australia, Thailand or Japan.

In the past, slavery and trafficking offenses occurring in Australia were under-reported, but the Australian Federal Police (AFP) has recently seen a rise in referrals. According to the AFP, Australia is primarily a destination country for people trafficked from Asia, particularly Thailand, Korea, the Philippines. and Malaysia.

Between 1995 and 2006, the majority of child sexual abusers and exploiters who traveled to Thailand, to commit sex offenses against children were Australians.

More recently, reports show that Australian perpetrators have been involved in grooming children online, usually in developing countries. The Australian Federal Police is concerned that the demand for child abuse material is increasing across the country.

And even more recently it was reported that, “The United States, Britain and Australia are the main consumers of child sex abuse streamed over webcam.” (spokesperson from the Australian Federal Police)

Our education in schools is reaching more and more students.  We are looking to expand our curriculum and write another trafficking curriculum unit for Australian schools next year. In September 2019, ZOE Australia released their updated version of the Year 10 Geographies of Human Wellbeing curriculum. This is a free unit of work that examines the different concepts and measures of human wellbeing, and the causes of global differences in these measures between countries. Please email Sharon at info@zoefoundation.org.au if you want a copy.

ZOE also raises funds to support programs in Thailand in the areas of prevention, rescue, and restoration. Stay up-to-date with news from Australia here.

In September, ZOE Australia updated their Year 10 Geographies of Human Wellbeing curriculum in order to give it out for free to teachers at the annual GTAV (Geography Teachers Association of Victoria) conference

You Hold the Key

On their recent trip to Australia, David and Andrea Cross, focused on the theme, “You Hold the Key” as they shared about ZOE’s work.
“We had two main goals going into the trip,” they shared.

“Aussie, Aussie, Aussie, Oi, Oi, Oi” are not words I hear cheered very often since moving to Thailand, but during English class this past week, an Australian guest was just the excuse we needed to incorporate some joyful chanting and help make him feel right at home.

Jason Pater is a chartered accountant with a heart for those in need. He is also Payton Foundation’s CEO.  Jason, who was visiting ZOE this week, represents many who have given either as a Payton Capital client or via donation directly to the Foundation. Payton Capital gives 20% of its dividends to the Foundation each quarter to help fund projects that transform the lives of vulnerable people in both Australia and overseas. With the help of many generous Australians, Payton Foundation is committed to supporting  ZOE’s Vocational Training Program and Learning Center.

With Jason’s visit this week, the vocational students had the opportunity to show their appreciation for Payton’s ongoing assistance as well as find out more about Australia. They looked at the four largest cities, and learnt about some of the native animals, sports and occupations.  Class ended with a game that incorporated tasting popular Aussie snacks like honey crackles, ANZAC biscuits, Vegemite and fairy bread and most importantly learning how to correctly proclaim, “Aussie, Aussie, Aussie, Oi, Oi, Oi!” 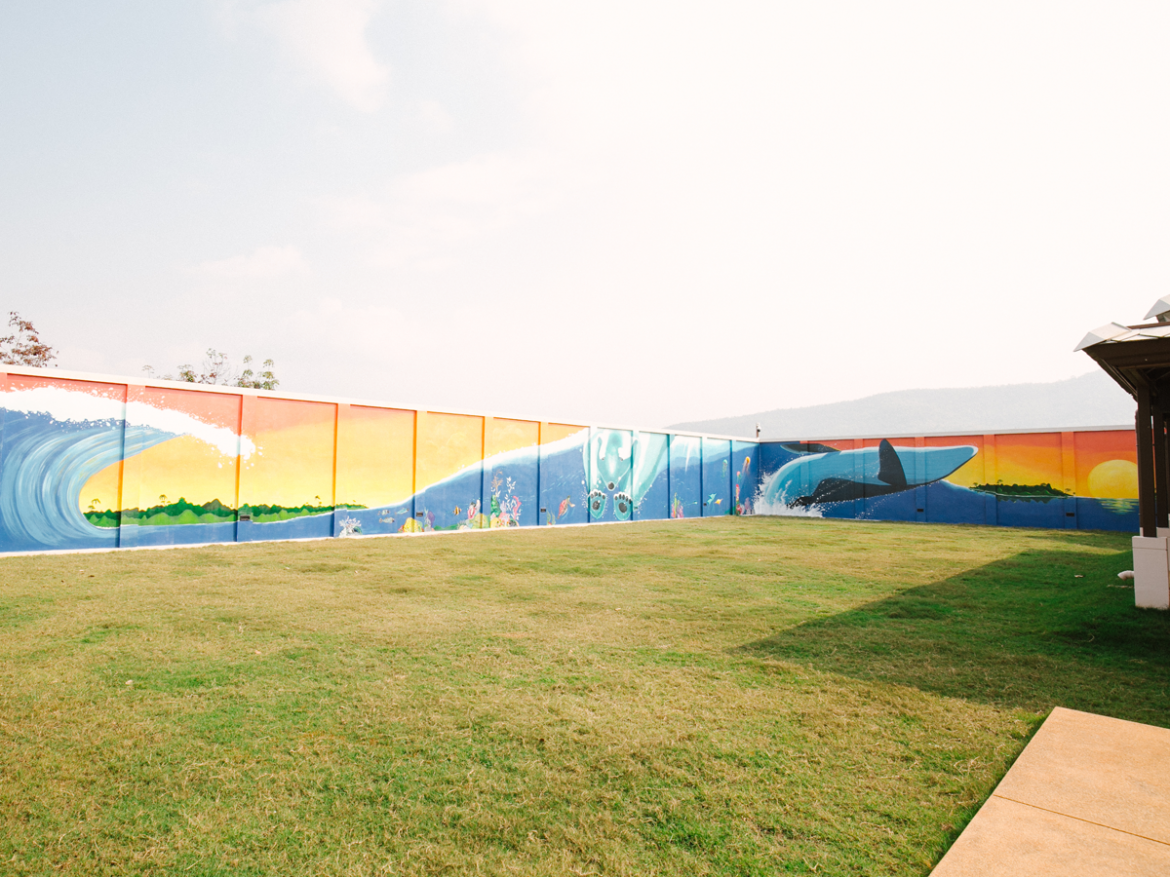 Right now in Australia, it’s time to celebrate families! National Families Week is held every year between 15 and 21 May.

The Day ZOE Changed My Life

ZOE AustraliaBy Mark Easton My first contact with ZOE was in 2013 when I met David Cross while on a mission trip to Chiang Mai with my son’s school. David told the group the story of Moses, the first man to try and abolish slavery. In Exodus 4 Moses, confused and overwhelmed, tries to convince […]

ZOE InternationalBy Lori-Ann Tsang I’ve been contemplating the concept of “home” lately. What are ways we try to make a place feel more like home? In thinking about the structure and physical building itself, unless you are an architect or a builder, your first chance at this happens after the structure has been built […]

By Andrea Cross Every week in Australia, 17.5 million steel cans are recycled. That is enough to build 900 cars! Going through the rubbish to find steel cans is not what many of us think of when we picture ways to stop child trafficking but one Aussie man cares so much about the kids […]