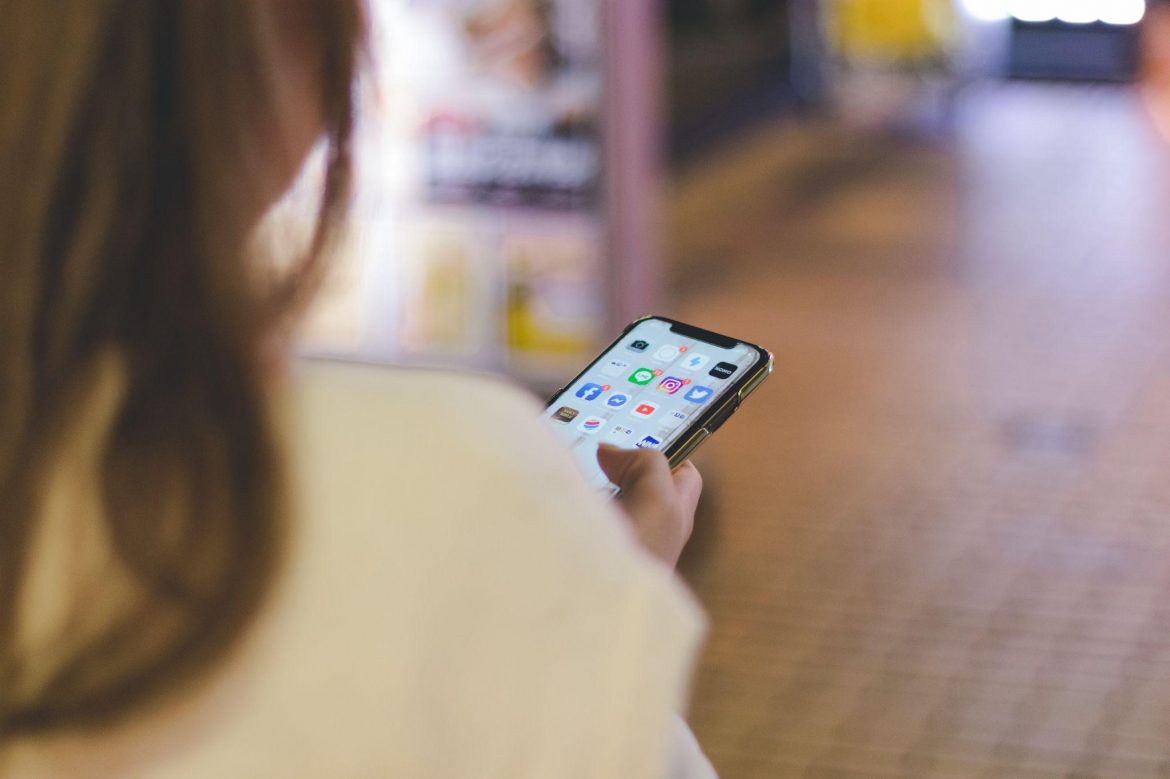 “I recognized that I was a victim of sextortion.”

Kanako* is a typical teenager. She likes to hang out with friends and dreams about a steady boyfriend. She has been researching her options to go to a university in a few years. When the stress of upcoming exams and strained relations with her parents became too much, she was relieved to meet a young man online who she believed understood her. “I was nervous at first, but I got to know him through video calls,” said Kanako. “He reassured me that he was someone I could trust.”

Soon after he began pushing Kanako to send nude photos and videos of herself, and she reluctantly agreed, afraid to lose the only steady relationship in her life. “Once he got the photos I sent, he stopped talking with me and started to cyberbully me before breaking all contact.”

At her lowest point of devastation and fear, Kanako came across ZOE Japan’s content on Twitter. Reading through ZOE’s prevention posts, she realized that she is not alone and that other girls have also gone through the same thing! “I reached out to ZOE via a LINE message and shared my story with the ZOE staff. I recognized that I was a victim of sextortion and that this guy was committing a crime!” With ZOE’s help, Kanako received legal advice at no cost and proceeded with the next steps to bring the perpetrator to justice. We praise God for the opportunity to bring hope and restoration to survivors like Kanako.

*Pseudonym: ZOE protects the identity and dignity of children and does not share actual names or show trafficked children’s faces.

Definition of sextortion: the practice of forcing someone to do something, particularly to perform sexual acts, by threatening to publish naked pictures of them or sexual information about them. (Source: https://dictionary.cambridge.org/us/dictionary/english/sextortion) 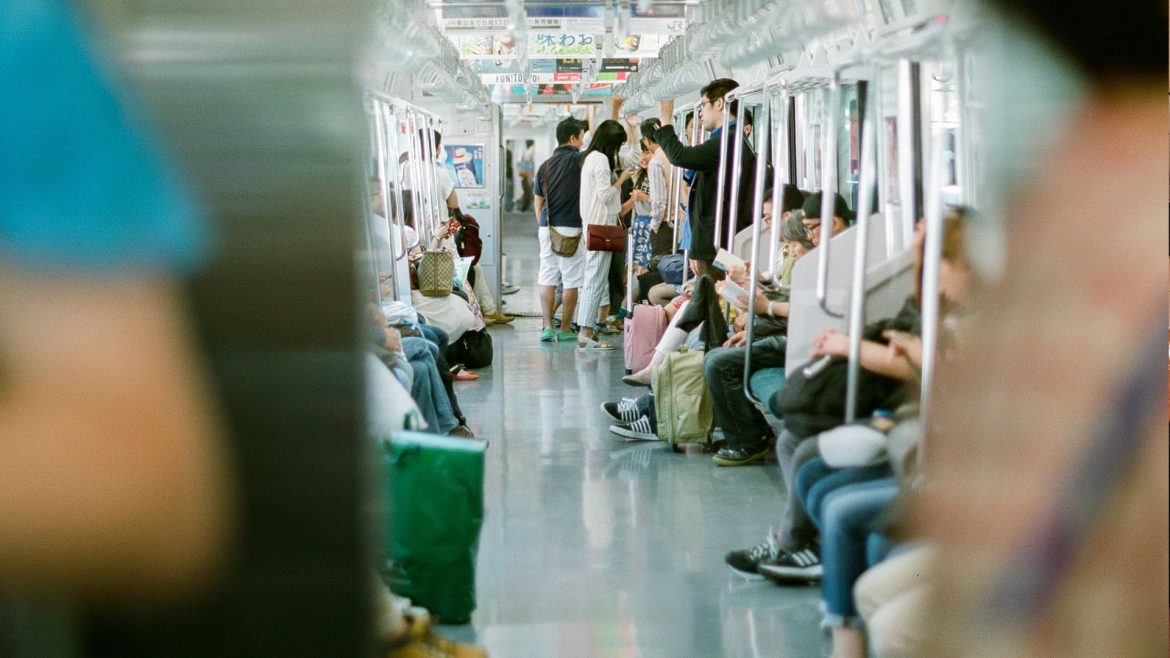 Worth an estimated $24 billion(1), the sex industry of Japan is considered enormous by any standard. The pornography industry alone reached a value of approximately $960 million in 2019(2). To meet this huge demand, it comes as no surprise then that thousands of men, women and children are living in conditions of modern day slavery(3).

What is perhaps surprising, is that the general public remains largely unaware of this terrible evil occurring in plain sight. Those that are familiar with the concept of human trafficking perceive it as something that happens in developing countries as a result of poverty and lack of education, certainly not in Japan. 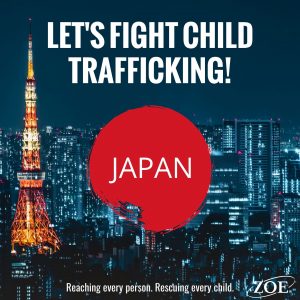 Skyline of Japan with Lets fight human trafficking in the sky

It is a long and slow process for the authorities and non-profit sector to lift the veil on this terrible crime, introduce much needed policy reforms and facilitate a change in the mindset of survivors, perpetrators and the general public at large. Bi-annual meetings between the government and members of JNATIP (Japan Network Against Trafficking in Persons) provides a critical platform to identify issues and develop action plans to address the gaps.

However, despite the efforts of government and activists, the lack of awareness and remaining legal loopholes provide plenty of opportunities to exploit Japanese and foreign women for prostitution, with perpetrators often targeting women (including single mothers) that are vulnerable after losing their regular jobs due to the impact of COVID-19. Many young men are also trapped in the industry, but Japanese legislation only recognizes women as potential victims, making it extremely difficult for men to find a legal avenue out of their situation.

But it’s not just sex trafficking. In recent years, labor exploitation of migrant workers has come into sharp focus in the local and international media. This is specifically prevalent in the government’s Technical Intern Training Program, which despite its good intentions, often finds sending organizations or local employers abusing loopholes in the system to exploit workers through debt bondage and poor working conditions. 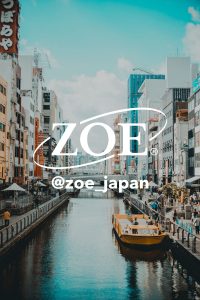 Especially disturbing is the exploitation of children. The possession of child sexual abuse images (child pornography) was declared illegal in 2014, a great step forward, but still remains widely available. This contributes to the exploitation of thousands of children for prostitution, sextortion and various other forms of sexual abuse. While law enforcement is cracking down on perpetrators, NPOs such as ZOE Japan focus on raising awareness among parents and children, a key prevention strategy, and supporting survivors of child trafficking with potentially life-saving information and resources.

The It’s A Penalty Tokyo Campaign provides a fantastic opportunity to accelerate these awareness and prevention efforts. Through this campaign, we aim to provide a message of hope to survivors and to actively engage the public in the battle to eliminate human trafficking in Japan.

As an organization on the front line, we are greatly encouraged to have the backing of It’s A Penalty as we move forward with our goal to reach every person and rescue every child.

With UK nonprofit, It’s a Penalty, ZOE Japan worked on the frontlines of a large-scale human trafficking awareness campaign for the Tokyo Summer 2021 Olympics, held July 23rd through August 8th.

“We are excited to have worked together with It’s a Penalty to raise awareness of human trafficking around the Tokyo Summer Olympics,” said Hiromi Hataji, ZOE Japan Regional Director.

“We prepared various campaign materials and distributed videos, posters, and other awareness materials at airports, train stations, participating hotel groups, and other key locations. The ZOE Japan team also established a new call center that was used during the Olympics and that we will continue to use ongoingly. We have received calls from concerned family members and directly from potential survivors of human trafficking.”

ZOE Japan is spearheading the call center and owns the number, but support for survivors is provided in collaboration with other NPOs that are also members of JNATIP (Japan Network Against Trafficking In Persons).

“By utilizing this professional network, we are able not only to provide support to children but also to connect adult survivors with specialist organizations that can support them,” said Hiromi. 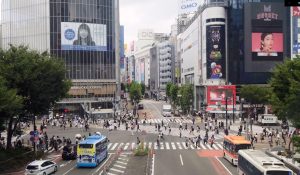 the land of the rising sun. It’s a name that is associated with state-of-the-art technology, a superb transport infrastructure, attention to detail, quality workmanship, and a humble, polite culture. No wonder that people are surprised to learn that below the shiny surface, things are not always what they seem.

A long history of sexual objectification of women and children has led to a society that has become numb to the sexual exploitation of children. Thousands of children are trapped in various forms of trafficking with nowhere to turn!

But there is HOPE.

ZOE Japan is called to be a voice-for-the-voiceless, and we are fully committed to the kingdom goal of eliminating child trafficking in Japan. God has blessed our small team with a unique set of skills that enables us to reach out to vulnerable children and victims in new ways.

Japan is the home of manga, a unique style of Japanese comic books or graphic novels. It is a powerful communication tool with great potential to be used for prevention work. After all, Jesus himself was a great storyteller and although He did not use manga, His parables continue to convey crucial messages to us until this day. Our trial project to produce our own short manga story was an interesting learning experience, and we are encouraged to see that our format seems to appeal to Japanese young people. New stories are now underway.

In addition to various speaking opportunities and outreaches, we have just launched our own podcast channel in English, with a Japanese version coming very soon. Each episode helps the listener to gain a deeper understanding of the challenges that Japan is facing, the various initiatives by the government, ZOE and other NPOs to combat child trafficking, and the additional programs and resources that are required to make a true impact. Our first three episodes can be found on any major podcast app by searching ZOE Japan, or directly on our dedicated web page www.gozoe.jp/podcast.

We are also excited about:

New doors that are opening to reach Japan through the performing arts, and have taken the first step by producing a beautiful music video in collaboration with a local Christian artist. The video is sure to touch the heart of any vulnerable teenager, and provides a bridge for us to share the gospel of Jesus, and to educate them about the dangers of trafficking. See the video on the ZOE Japan YouTube channel: https://www.youtube.com/watch?v=6xbRRC8dl1E

God is moving in Japan, for sure.

If you feel the Holy Spirit tugging at your heart strings, then don’t hesitate! Partner with us today, because together we can reach every person and rescue every child.