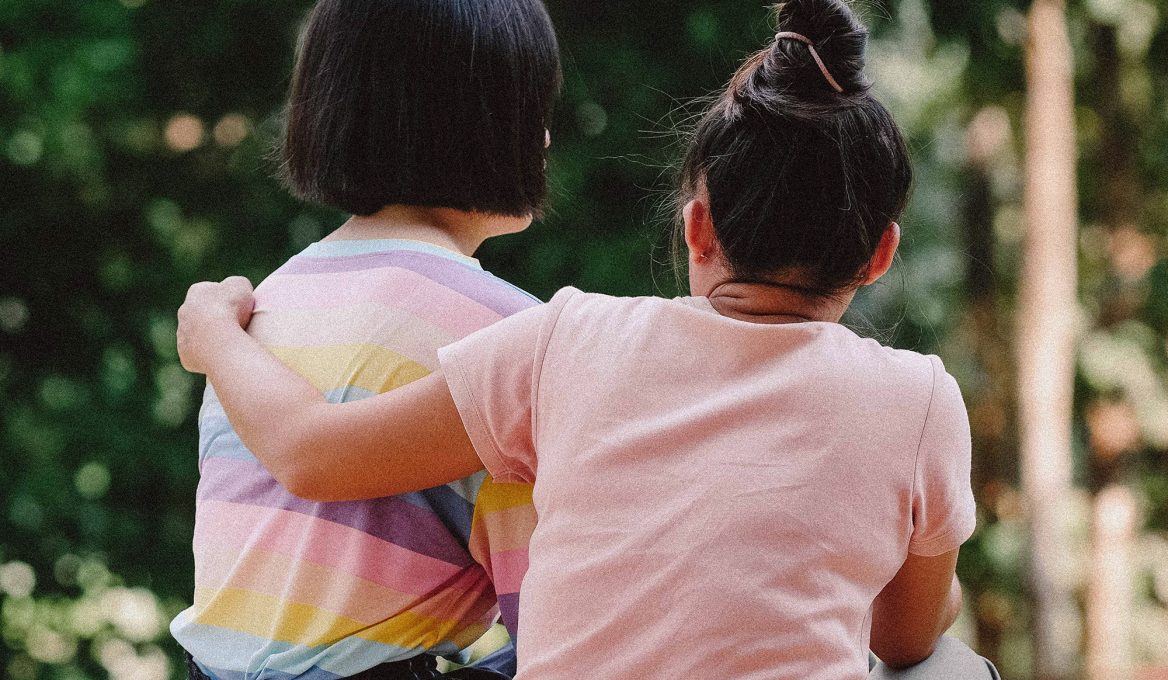 What took so long for someone to find me and tell me about Jesus?

This was what we thought she would say. We assumed this was, understandably, going on in her heart when we saw her agitation build. But what she said when our caregiver spoke with her was much more profound. She said something that I will never forget, something that still echoes in my heart and mind years later and helps reinforce our purpose and focus.

“We learned about a 13-year-old girl in Thailand, a virgin, who was going to be auctioned off at a brothel; the police started planning her rescue and asked ZOE to get involved,” shared Carol Hart, ZOE Founder, and President. “The situation was complicated because of who owned this brothel. We had to proceed with extreme caution, yet quickly.”

When rescue day came, the team found the girl they knew would be there and found and rescued another young girl who had been in the brothel for months.

“The second girl we rescued had seen unimaginable horrors – daily, men would pay to torture her and rape her multiple times a day, realities that are hard for us even to wrap our minds around,” continued Carol. “Usually, in a situation like this, we prefer to separate the survivors right after the rescue to give them time to process and heal in the safest way possible. But with the complications of this specific situation and necessary increased security, we had to keep the girls in the same location and room, which was the safest place we had.”

When the girls arrived at ZOE, they spent time with our loving caregivers and staff, who loved them unconditionally.

After a few weeks, the girls learned who Jesus was by asking the question, “Why are you helping us?” After several weeks the girls asked if they could ask Jesus into their lives. AND they also asked, “CAN WE HAVE A BIBLE?”

“Both girls read their Bibles every day, but the second girl we rescued, who was at the brothel longer than the first and had endured great trauma, read her Bible voraciously,” shared Carol. “It was as if she was looking for something. She couldn’t get enough of what she was learning and discovering in the Bible.”

The concern with having both girls in the same room directly after rescue began to grow as the second girl who had seen horrors became agitated and angry. The team wondered if she would start comparing her experience with the other girl who had been rescued before being sold.

“Our caregiver saw her pacing, tears in her eyes from frustration. They slowly approached, preparing for what was going to be a tough conversation,” continued Carol. “But she said something shocking and unexpected.”

With passion, she exclaimed, “WHAT TOOK SO LONG FOR SOMEONE TO FIND ME AND TELL ME ABOUT JESUS! Why didn’t anyone tell me about Jesus sooner? For 16 years, I’ve had so many questions…Who made me, where am I going when I die? Does anyone see me? Is this going to be my life? Do I have a future? I’ve found my answers in the Bible you gave me!

After I gave my life to Jesus, I felt freer and lighter. The weight on my shoulders was gone! Why didn’t anyone tell me sooner? You are Christians, right?! What takes so long for you to share with others about Jesus – my whole life, no one ever told me about Jesus!”

This girl, who had experienced unimaginable emotional and physical pain and abuse day after day, was angry, but not for the reasons we assumed. When she gave her life to Jesus, that was the most important thing in her life. She said, “My rescue from the brothel is nothing compared to knowing Jesus, my eternal Rescuer!” She truly understood the power of the gospel.

Carol shared, “That moment and those words from her perspective changed me forever. Yes, we will work until our last breath to rescue children who are trafficked whether they want Jesus or not – that’s 100% their choice, but we are missing true HOPE and FREEDOM if we aren’t reaching people with the gospel.” 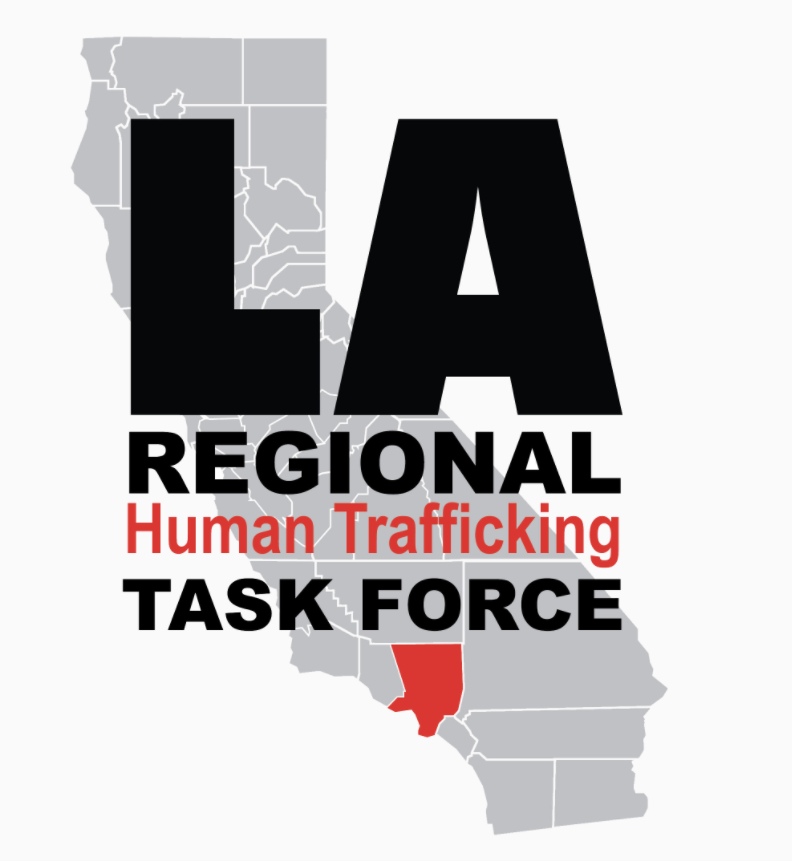 ZOE collaborates with human trafficking task forces in Thailand, Japan, and the United States, including law enforcement, government, and community agency partners. In Los Angeles, ZOE is a partner of the Los Angeles Regional Human Trafficking Task Force. Such collaboration is vital to identify and recover victims and investigate and prosecute traffickers.

In January 2021, ZOE had the privilege of speaking before the Los Angeles Board of Police Commissioners, along with other community organizations and survivor leaders, to express support for the City Council to fully fund the Los Angeles Police Department’s Human Trafficking Task Forces in the midst of possible department budget cuts.

Human trafficking investigations and operations require many hours, and usually months, of building rapport with and interviewing victims, investigations, and collaboration efforts to successfully identify and recover victims and investigate and prosecute cases against traffickers.

“Without dedicated law enforcement efforts, child trafficking will grow in our city.”

In the end, the commissioners voted to recommend that the City Council fully fund the human trafficking task forces.

We are thankful for our dedicated law enforcement and other partners who work tirelessly to help recover our most vulnerable children from human trafficking.

Did you know that the Greek word for ‘life’ is ZOE? It’s no coincidence that founders Michael and Carol Hart chose the name with this in mind when they began fighting child trafficking back in 2002.

Most people who know about ZOE are aware of the trafficking side of our work.

But have you ever wondered why a name that means ‘life’ was selected?

In the Bible, the word zoe ζωή refers to eternal life with God but in fact, it changes our earthly lives in every good way too, and is offered free for all who believe and accept Jesus.

As a Christian organization, we want the whole world to have the opportunity to have this kind of abundant LIFE with God. It’s why ZOE exists!

So how do we actually bring this ‘zoe-life’ to the world?

We reach people who do not yet know about God’s love, or the gift of eternal LIFE.

But we also rescue children who are orphaned, trafficked, or abandoned.

We fight child trafficking through prevention, rescue and restoration.

When we see freedom and healing, it brings us so much joy of course, but when we see people choose to receive God’s ‘zoe-life’, we know that they will experience freedom and life forever!

At ZOE, we are on a mission to show people God’s love, and have them experience His LIFE, for themselves.

Letter From A Child Trafficking Survivor

First, I thank God for bringing me to ZOE. My life and heart have been changed by Him. Second, I am so thankful for each of you. I am thankful for all ZOE leaders and staff. I feel grateful that I was rescued and brought to ZOE.

Thank you for creating a new world with great love for me and all kids here. Thank you so much for loving me and many other kids. It has helped me understand the value of my life. It helps me to be bold and not give up no matter what comes into my life. I have gained understanding and wisdom.

Thank you for introducing me to new things and for taking care of me to the best of your ability. Thank you for assisting me in every area of my life. I feel warm because of you and this is a feeling I never had in my life.

It’s been just a short time that I got to know everyone at ZOE but you all became my family as we spent time together as a family. I can now say that I have a warm and loving family! I am so happy to have met and to know you all. Thank you for loving, caring, listening to what I say, and understanding me. You are my family.

Before, I never knew what true and beautiful love was, but now I realize how beautiful it is. You have shown me through your love, care, and doing what’s best for me. You are my brothers and sisters, my mom and my dad who love me sincerely. Your love is a great inspiration.

You give me confidence to overcome this hard life with God and your love. You all are my heroes and I know there are many children out there who need your help. Without you all, I may not have today. I might not know how precious my life is. I might not be able to move forward. Without you, my face would not be filled with such a big smile.

You have shown me and other kids how to exit from darkness. We used to live in the darkness and you all have rescued us and given us wings to fly away. Now we can fly in the sky with your love.

I cannot stop saying “THANK YOU” to you all. I have realized and seen how hard you work for all kids. You all are merciful. Thank you so much for loving me. I may leave ZOE soon, but I am not alone. Now I have God and ZOE who will walk alongside me.